Sophie and Lil are back in the second book in the Taylor & Rose Secret Agents series, illustrated by Karl James Mountford.

Following on from Peril in Paris, book two delves further into the thrilling world of espionage. Sophie is still missing in action after an explosive mission in Paris, leaving Lil to take matters into her own hands.

On a new mission for the Secret Service Bureau, can Lil find Sophie in misty, mysterious St. Petersburg? Can they uncover the identity of their true enemy and can they trust anyone – even the Bureau?

It’s time for Sophie and Lil to put their spy skills to the test!

Buy it now from Waterstones | The Hive | Amazon | or from your local bookshop
Audiobook: Audible.co.uk

More about Spies in St Petersburg 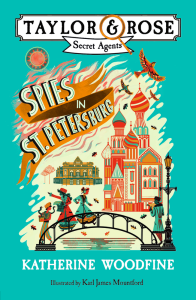 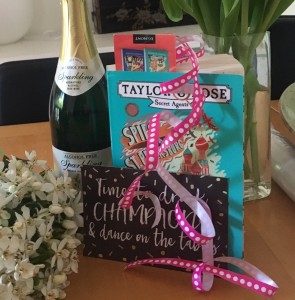 SPIES IN ST PETERSBURG is here!

The second book in the Taylor & Rose Secret Agents series, Spies in St Petersburg is out now!

It’s time to reveal the title and cover for the second book in the Taylor & Rose Secret Agents Series!